Could we have fought the war in ways that would have protected our troops better and cost the country less? A Pentagon study apparently concludes that better body armor would have prevented many deaths and injuries. Penny-pinching in such matters during the rush to war has led to steep long-run costs for the nation and, tragically, for the individuals involved.

Even more fundamentally, there is the question of whether we needed to spend the money at all. Thinking back to the months before the war, there were few reasons to invade quickly, and many to go slow. The Bush policy of threatened force had pressured Iraq into allowing the U.N. inspectors back into the country. The inspectors said they required a few months to complete their work. Several of our closest allies, including France and Germany, were urging the U.S. to await the outcome of the inspections. There were, as we now know, conflicting intelligence reports.

Had we waited, the value of the information we would have learned from the inspectors would arguably have saved the nation at least $1 trillion — enough money to fix Social Security for the next 75 years twice over.

I know it's too late now, but I can't help looking back at what went wrong. I remember saying it would cost $400 Billion, and people thought that was crazy talk. Well, we've passed that 400B some time ago, now we're on to our great-grandkids with the debt load. (And the baby boomers sold themselves as "peaceniks", yeah right, "plunderers" turns out to be more like it....)
Email ThisBlogThis!Share to TwitterShare to FacebookShare to Pinterest
Labels: iraq war, war cost

From a Soldier in Iraq

Unlike some reporters, I DO support the troops, especially guys like this, who honor their country in duty, even though they don't agree with how the mission has been handled. From the field:

I wish I had the time or energy or memory capacity to describe to you how wrong this whole thing has gone. It's just as you described it a couple years ago. We can make a difference here, and I believe in the mission as it looks on paper. But your president and his brain-dead colleagues aren't even trying to give us what we need to do it. The add-on armor HMMWVs are a joke. The terrorists target them b/c they know they offer no protection. The M1114s have good armor, but every time we lose one (I had one blown up Monday, driver had his femoral artery cut -- will recover fully -- b/c there apparently is no armor or very weak armor under the pedals) it's impossible to replace them. So now I have to send yet another add-on armored vehicle outside the wire daily.

The M1114s also have certain mechanical defects, known to the manufacturer, for which there is apparently no known fix. For example, on some of them (like mine) if it stalls or you turn it off, you cannot restart it if the engine is hot. We have to dump 3 liters of cold water on a solenoid in order to start it again. Not that much fun when your vehicle won't start in Indian country. I wonder if DoD is getting a refund for the contract. Speaking of contracts, KBR is a joke. I can't even enumerate the problems with their service, but I guarantee they do not receive less money based on how many of the showers don't work, or how many of us won't eat in the chow hall often because we get sick every time we do.

There is so much. I could go on forever. The worst thing, which we have discussed, is that they are playing these bullshit numbers games to fool America about troop strength. If they stopped paying KBR employees $100,000 to do the job of a $28,000 soldier, maybe they'd have enough money to send us enough soldiers to do the job. As it stands we have no offensive capability in the most dangerous city on earth. General Shinseki should write an Op/Ed that basically says, "I told you so." Idiots.
Email ThisBlogThis!Share to TwitterShare to FacebookShare to Pinterest
Labels: iraq war

2005: The Farce of Freedom?: Radley Balko is a policy analyst at the Cato Institute:

"A favorite standby of pundits and columnists is to predict what developments will transpire over the next 12 months. I've decided to take the reductio ad absurdum approach, and predict what might happen in 2006 should the most disturbing trends of the last few years with respect to liberty and personal freedom continue unabated.

You might find what follows to be a bit farfetched. Silly, even. But bear with me."

Must-read from Radley. It's hard to see all these things together in a cohesive fashion, and all together, it speaks volumes. Click through to Cato
Email ThisBlogThis!Share to TwitterShare to FacebookShare to Pinterest
Labels: decline of empire, Radley Balko 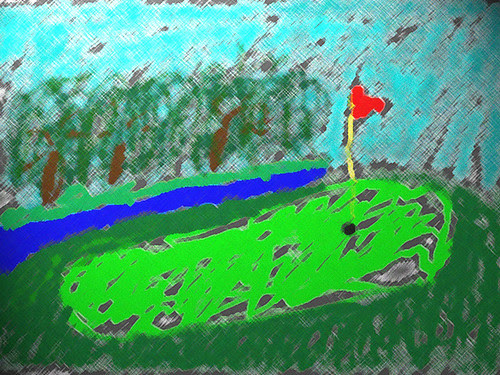 I never expected this Robertson guy to be so plentiful with the ridiculous quotes, but here you go:

BREITBART.COM - US Christian broadcaster says Sharon's stroke divine retribution: "'The prophet Joel makes it very clear that God has enmity against those who, quote, 'divide my land.' God considers this land to be his.

'You read the Bible, he says, 'This is my land.' And for any prime minister of Israel who decides he's going carve it up and give it away, God says, 'No. This is mine.''

Robertson, who frequently provokes outrage with his remarks, said he was 'sad' to see Sharon fall sick, and that he was a 'very likeable person.'

'I prayed with him personally. But here he is at the point of death. He was dividing God's land, and I would say woe unto any prime minister of Israel who takes a similar course to appease the EU, the United Nations or the United States of America.'

'God said, 'This land belongs to me, you better leave it alone.''

Robertson is making Falwell look bashful in comparison. C'mon Rev. Falwell, ypu can top this one, I know you can!
Email ThisBlogThis!Share to TwitterShare to FacebookShare to Pinterest
Labels: Jerry Falwell, Pat Robertson, Sharon

Funny editorial from Larry David of Seinfeld fame...click the link and read the whole thing, it's not real long....here are the bookends:

"SOMEBODY had to write this, and it might as well be me. I haven't seen "Brokeback Mountain," nor do I have any intention of seeing it. In fact, cowboys would have to lasso me, drag me into the theater and tie me to the seat, and even then I would make every effort to close my eyes and cover my ears.....

...I just know if I saw that movie, the voice inside my head that delights in torturing me would have a field day. "You like those cowboys, don't you? They're kind of cute. Go ahead, admit it, they're cute. You can't fool me, gay man. Go ahead, stop fighting it. You're gay! You're gay!"

Not that there's anything wrong with it. "