Keith Olbermann is my favorite newscaster these days...some of his insights are better than others, but I like his take on the news. Check out this video the see Fearrorism in action.
Email ThisBlogThis!Share to TwitterShare to FacebookShare to Pinterest
Labels: Keith Olbermann

"Those models show the combustion in a Scuderi engine will be not only more powerful than conventional engines; it will also, surprisingly, be cooler. That means it will spew out far fewer pollutants than today's engines do.

The Scuderi engine could even boost mileage by recapturing energy normally lost during braking, as do hybrid cars. "Unlike current electric hybrids which store the energy in a battery, we are able to store energy in the form of compressed air," says Sal Scuderi. That can be done by simply adding a small air-storage tank, which costs far less than the generators and banks of batteries gas-electric hybrids need."

Jordi, can you give these guys a hand? 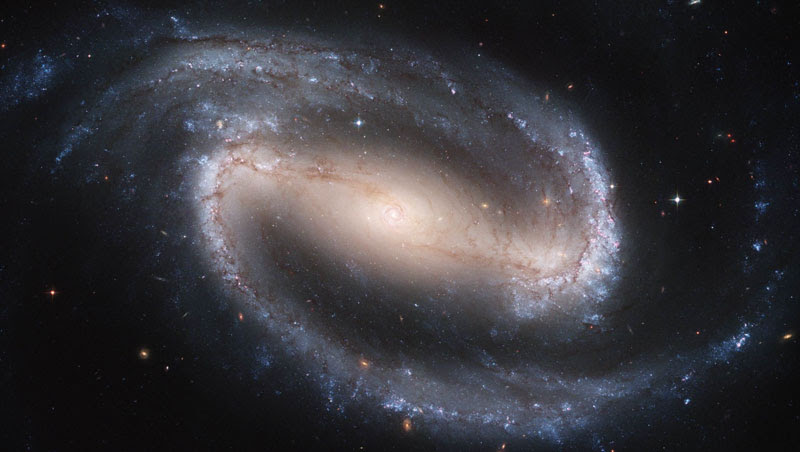 "A radical new project could permit human beings to create a "baby universe" in a laboratory in Japan. While it sounds like a dangerous undertaking, the physicists involved believe that if the project is successful, the space-time around a tiny point within our universe will be distorted in such a way that it will begin to form a new superfluid space, and eventually break off, separate in all respects from our experience of space and time, causing no harm to the fabric of our universe."

Um, yeah, can we maybe not do this? How sure are we about the "causing no harm to the fabric of our universe" part? That sounds important...
Email ThisBlogThis!Share to TwitterShare to FacebookShare to Pinterest
Labels: science 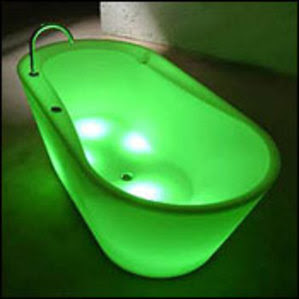 "Then I came across an article -- penned in 2004 actually -- that brought up a few things I don't remember seeing in my frantic hunt for information in the past several days.

According to the piece, lightning strikes, accidents caused by deer and allergic reactions to peanuts have killed more Americans than terrorism has. And, the number of U.S. citizens that drown in bathtubs each year is more than those who die annually worldwide because of terrorism.

You don't hear stats like these too often, and I'm not sure how relevant they even are ..."
From Alternet

I know it's like comparing apples and oranges, but these stats are worth noting.... Maybe we have overreacted and attacked the wrong enemy? Maybe it is better to stand tall, defend our own borders and take care of our own security first, while setting a "shining city on the hill" example for the rest of the world?

And the nukes....that's the thing that could mess up the aformentioned stats....

That's why the people and Congress allowed the Iraq invasion...fear of the nukes. But they didn't have them, at all....no, it was their neighbors who were about to get the bomb. Oops.
Oh, and Pakistan has it too, but that's OK for them and oh yeah, India too, yeah, they're in. Israel anyone?
I fear the genie has escaped the bottle, and I fear that one day, terror will overtake bathtub drownings.

HumanCar for "Flintstones" of the future

Weeeee! This looks like fun and, bonus, it's enviro-friendly. Batteries included. Did I mention they're going over 60 MPH! Yeah, it's downhill, but still....
Click the link
and watch them row this thing...

Thanks Engadget
Email ThisBlogThis!Share to TwitterShare to FacebookShare to Pinterest
Labels: energy, science

"" Long accused of dragging its feet on raising energy-efficiency standards for products, the Bush administration has proposed its first such standard.

Its proposal attracted little attention, since it didn't mean better dishwashers or more fuel-efficient cars. Instead, it deals with transformers - those ubiquitous gray canisters that hang from utility poles and could save the nation billions of dollars if they were upgraded."

Well thank goodness! This is a great way to save energy and upgrade the grid at the same time. Bush is brilliant....well, I've got to give him credit here, this is a smart step in the right direction.

Check out this link to read about Uncle Freeman and Watts III winning the Bald Head Island Member-Member Tournament. Wow!
Email ThisBlogThis!Share to TwitterShare to FacebookShare to Pinterest 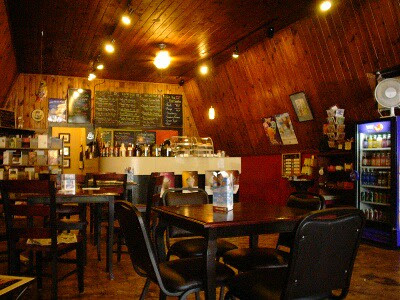 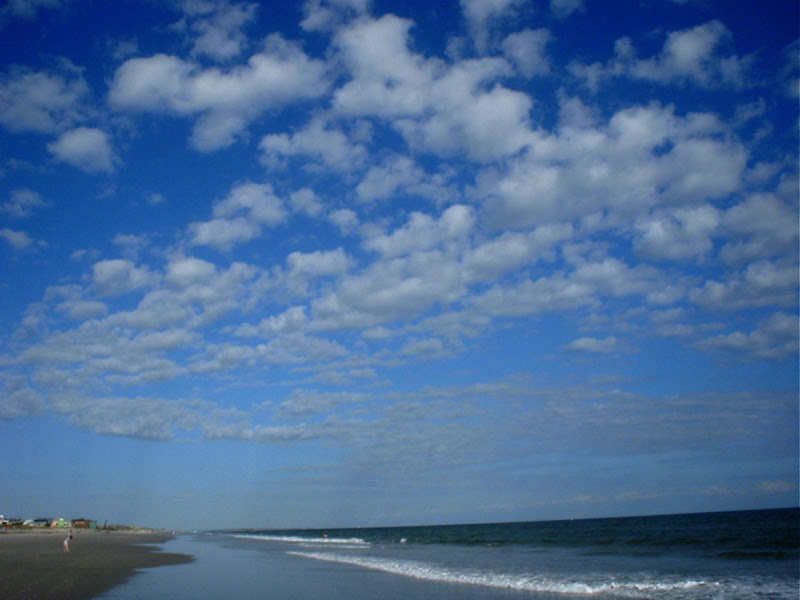 "There is an inevitable hypnosis in watching the waves arrive and depart, and, equally inevitable, there is a confrontation with the fact that this flowing and ebbing goes on with sublime indifference to your every measure of time or meaning. How long has this been going on? And what could ever stop it? Normal notions of past and future simply do not apply at the water's edge, which makes your prevailing obsession with yesterday and tomorrow seem petty, all at once. The present is your only absolute, but the radical transience of the waves makes you see that the present, too, is an act of your imagination. The boundlessness of the ocean is a sacrament of timelessness. "

"By ADAM COHEN
At a law school Supreme Court conference that I attended last fall, there was a panel on “The Rehnquist Court.” No one mentioned Bush v. Gore, the most historic case of William Rehnquist’s time as chief justice, and during the Q. and A. no one asked about it. When I asked a prominent law professor about this strange omission, he told me he had been invited to participate in another Rehnquist retrospective, and was told in advance that Bush v. Gore would not be discussed.

The ruling that stopped the Florida recount and handed the presidency to George W. Bush is disappearing down the legal world’s version of the memory hole, the slot where, in George Orwell’s “1984,” government workers disposed of politically inconvenient records. The Supreme Court has not cited it once since it was decided, and when Justice Antonin Scalia, who loves to hold forth on court precedents, was asked about it at a forum earlier this year, he snapped, “Come on, get over it.”"

Interesting read from the "dreaded" NYT, but that case certainly made its mark on history. Did you know the justices stipulated that the case could not be used as a precident? What does this mean, exactly, and do they have that power? Read the article for more...

Pre-fossil Fuel to the rescue?

"Farmyard animals are not being yoked together to pull cars but the fat in their bodies is being converted into biodiesel to drive fleets of the future.

The fat, or tallow, from one poor deceased sheep will produce about eight litres of biodiesel.

That's about 6 1/2 sheep to fill the tank of Holden's Astra diesel hatchback, meaning you'll get about 105km out of one animal on Holden's published fuel economy figures.

Pigs are better for travelling longer distances, with one unfortunate beast giving Astra drivers about 140km. "

This is pushing biodiesel to a whole new level.
Email ThisBlogThis!Share to TwitterShare to FacebookShare to Pinterest
Labels: energy, science

"I nearly fell off my chair while reading the local newspaper two days ago. There it was. Newsflash headline:
Half of U.S. Still Believes Iraq had WMD"

Amitabh Pal had a similar reaction to mine when he (she?) came across this story. Makes me glad more people don't vote.
Email ThisBlogThis!Share to TwitterShare to FacebookShare to Pinterest
Labels: iraq war

"Cumulative growth in federal expenditures, adjusted for inflation, during the Clinton years actually shrunk by 1.1 percent. Yet, in the Bush first term, it rose 15 percent. "During President Bush's first five years in office, the federal government increased by $616 billion," Viguerie writes. "That's a mammoth 33 percent jump in the size of the federal government in just his first five years! To put this in perspective, this increase of $616 billion is more than the entire federal budget in Jimmy Carter's last years in office. And conservatives were complaining about Big Government back then! How can Bush, (Dennis) Hastert, (Bill) Frist and company look us in the eye and tell us they are fiscal conservatives when in five short years they increased the already-bloated government by more than the budget for the entire federal government when Ronald Reagan was assuming office?" " 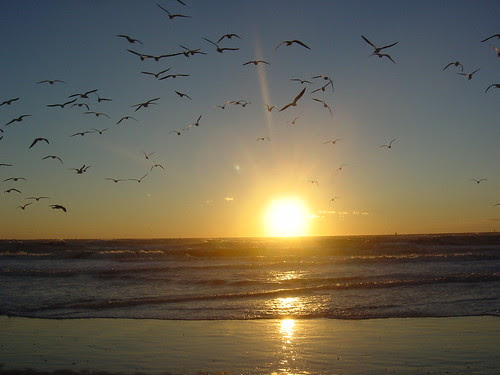 "How shall we ever slake our ever-growing demand for electricity? Even as concerns about global warming escalate, are we doomed to create more of the same old polluting, coal- and oil-dependent power plants? Or can common sense — and some radically new technologies — serve us better?

There's much talk of wind and solar power. But how about the oceans and their massive tidal and current patterns? Driven by the gravitational force of the sun and the moon, tides and currents represent a source that's as infinite and everlasting as any force on Earth."

This makes sense. There's plenty of "free" power out there to tap into, and that's why power storage (batteries) and delivery (the power grid) are integral to weaning away from fossil fuel.

"Call it "one small mistake by somebody, one giant loss for mankind."

The original magnetic tapes that recorded the iconic images of man's first footsteps on the moon are missing and scientists fear they are in danger of deteriorating into dust unless they are found quickly and converted to digital format.

Australian scientists at the Parkes Observatory and the Honeysuckle Creek Tracking Station in Australia have launched an intensive effort to find nearly 700 boxes of original, high quality slow-scan TV tapes used to capture the Apollo 11 landing on July 21, 1969. " 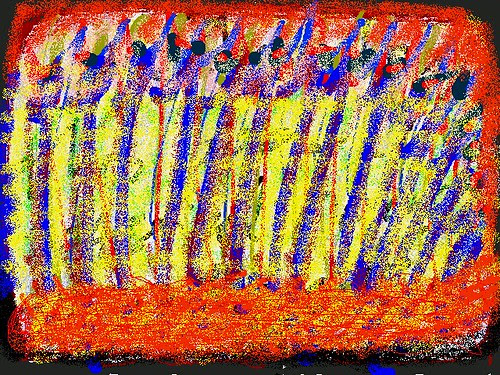 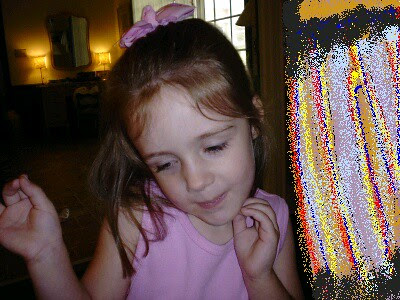 AGC plus drawing
Originally uploaded by watts4u2.
Email ThisBlogThis!Share to TwitterShare to FacebookShare to Pinterest

My Grandfather was a mighty good man:

" The eldest son of the renowned Durham architect of the same name, Carr's civic involvement reached into almost every corner of Durham, notably during the turbulent civil rights era.

The six-year City Council member had just lost the 1963 mayoral election to Wense Grabarek in the midst of sit-ins across Durham when the new mayor asked him to chair a Committee for Racial Conciliation to help ease local tensions.

Within a few weeks, Grabarek remembered, Carr had helped facilitate voluntary desegregation across Durham, a year before the federal Civil Rights Act passed Congress and was signed into law by President Lyndon B. Johnson.

"He had a very special intellect, tenacity and diligence," Grabarek said. The race the two ran for mayor was forthright, issues-oriented and stayed pleasant through countless debates across Durham, he said.

"We always shook hands after each debate," Grabarek said. "Watts Carr was the consummate gentleman."

Carr spent nearly three years in the Pacific Theater as a Marine during World War II, emerging with two bronze stars and an eventual rank of colonel in the Inactive Reserve.

He and his first cousin and lifelong friend, Al Carr, joined the Marines at the same time but were placed in different units. Although Al Carr remembered being ready to talk about their war experiences at war's end, his cousin was never very forthcoming about it, something Al Carr attributes to modesty that extended throughout his life.

"He never bragged about a damn thing," Al Carr said. "He just never wanted to expound on what his accomplishments were."

The 1940 UNC graduate retained a passion for the school, leading the General Alumni Association after having served as class vice-president and playing basketball as a student.

"He loved basketball as good as anyone," Al Carr said."