Nancy Pelosi is a Red Herring 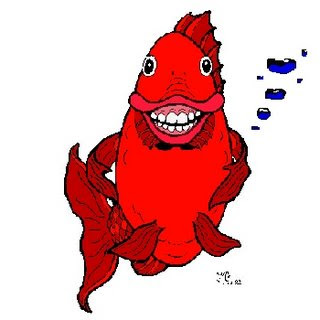 From Joy-Ann Reid at Common Dreams:

"Most Americans have long since accepted that the Bush administration's case for invading Iraq was flawed, if not totally false. What we didn't know until recently, was that to sell that case, members of the Bush administration, possibly including Vice President Dick Cheney and Secretary of Defense Donald Rumsfeld - maybe even the president of the United States, were willing to do things we're accustomed to ascribing to the North Koreans or Maoist Chinese: using torture not to get good information, but to produce false confessions, to justify an unnecessary war.

... what I have learned is that as the administration authorized harsh interrogation in April and May of 2002--well before the Justice Department had rendered any legal opinion--its principal priority for intelligence was not aimed at pre-empting another terrorist attack on the U.S. but discovering a smoking gun linking Iraq and al-Qa'ida.

So furious was this effort that on one particular detainee, even when the interrogation team had reported to Cheney's office that their detainee "was compliant" (meaning the team recommended no more torture), the VP's office ordered them to continue the enhanced methods. The detainee had not revealed any al-Qa'ida-Baghdad contacts yet. This ceased only after Ibn al-Shaykh al-Libi, under waterboarding in Egypt, "revealed" such contacts. Of course later we learned that al-Libi revealed these contacts only to get the torture to stop."

And what's the latest news on al-Libi, from The Washington Post:

"A former CIA high-value detainee, who provided bogus information that was cited by the Bush administration in the run-up to the Iraq war, has died in a Libyan prison, an apparent suicide, according to a Libyan newspaper."

"You'd think that these would be top stories, worthy of serious consideration by a press corps that so shamefully let down the American people in the run-up to the Iraq invasion. The implications of these new revelations are stunning: a sitting president, vice president and defense secretary, selling a false case to the American people about an impending invasion of a country that had done no harm to us, and then using torture to produce false confessions in order to further the lie. Instead, the vaunted press corps is fixated - almost to the point of obsession - with Speaker Pelosi."

Torture itself is wrong, but using torture to knowingly produce false information to justify a war? That's beyond the pale.

And that's why Pelosi is a red herring. She may have known and gone along with the administration, but who directed our torture program, who implemented it and why? That's the real central issue here.

Bonus: Star Trek fans will appreciate this article from Slate that describes the episode when Piccard gets tortured. There...are...four...lights! Watch this to see clips from that episode:

Bobby Frasor made this great behind the scenes video of the Tar Heels at the White House.
This is a must-see for Heels fans (and recruits).

I heard about the dancing Cockatoo on NPR yesterday. Bono uses the term "Cockatoo" in one of their new songs called "Breathe", so this just blew me away.