Counter to what one would expect, raising taxes will boost wages and help repair the Great Divergence.
From Thom Hartmann's new book, "Rebooting the American Dream": On the other hand, when top marginal rates drop below 50 percent, the opposite happens.
As Beinhart noted, the massive Republican tax cuts of the 1920s (from 73 to 25 percent) led directly to the Roaring Twenties’ real estate and stock market bubbles, a temporary boom, and then the crash and Republican Great Depression that started in 1929.
Then, from the 1930s to the 1980s, rates on the very rich went back up into the 70 to 90 percent range. As a result, the economy grew steadily, and for the first time in the history of our nation we went 50 years without a crash or major bank failure. It was also during this period that the American worker’s wages increased enough to produce the strongest middle class this nation has ever seen.
Then came Reaganomics."...

More counter intuitive thought, from a guy at Cato, no less:

Shrink the Government by Raising Taxes:


"Running the numbers through a fine-toothed comb, Cato’s Niskanen was even able to determine the exact tipping point for taxes and demand for government services: 19 percent of GDP. Whenever taxes were above that point (FDR to Carter and during the Clinton years), government grew more slowly than the rest of the economy or even shrank. Whenever taxes were below 19 percent of GDP, government grew in size and spending (usually military but others as well) like a fat man at a pie-eating contest.
“I would like to be proven wrong,” Niskanen told Atlantic Monthly writer Jonathan Rauch. And Rauch noted, “The way to limit the growth of government is to force politicians, and therefore voters, to pay for all the government they use—not to give them a discount.” And that means raising taxes to a point above 19 percent of GDP. “Voters will not shrink Big Government until they feel the pinch of its true cost,” Rauch wrote."

The whole article is worth a read for those of us brought to reality by the Simpson/Bowles numbers. Speaking of, have you tried to balance the budget? This NY Times interactive thingamadoochie was fun to play with.... I was successful, and you can be too!
Email ThisBlogThis!Share to TwitterShare to FacebookShare to Pinterest
Labels: Ronald Reagan, taxes, Thom Hartmann

Republicans to Cut Spending. Or not.

It's a big fake-out. They're not going to touch spending on Defense, and they probably won't even try to fix Medicare and Social Security. Unless the Republicans are ready to "man up" and get behind 95% of the Simpson/Bowles plan, they can just save it with the "we'll cut spending" thing. It reminds me of the ol' Dick Cheney adage, "Deficits Don't Matter". Just show us where you want to cut... we're all ready to deal with the big problem. Here's the "leadership" on the issue:

"Speaking to a crowd at the annual convention of the Federalist Society, an influential organization of conservative and libertarian lawyers, McConnell is among friends. They are happy to hear him declare, "Americans want less government, less spending and less debt."

Then the senator tells them what his party is going to do to bring the runaway federal budget under control. "We will vote to freeze and cut discretionary spending," he vows.

What is important is not so much what is said but what is omitted. The four biggest items in the federal budget are Social Security, Medicare, Medicaid, and defense. And those programs escape any mention from McConnell.

They make up about 60 percent of the federal budget. Domestic discretionary outlays, by contrast, account for only about 16 percent. If Republicans focus entirely on those, they will be sending a clear and quite believable message: We're not serious."

atu2 blog pointed me toward this interesting article about The Edge's "sound" and a transcendental number: e 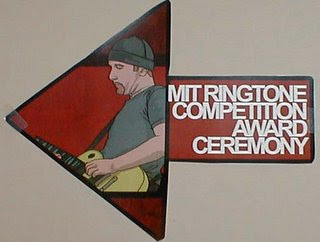 "And the question still remains as to "why e?" In the case of the plants, the golden ratio allows them to optimally space leaves on an axis for maximum sun exposure. There is a physical reason. But why the delay ratio of e sounds most appealing, still remains to be determined. I am not sure I want to know."

About "e", from Wikipedia:

The number e is irrational; it is not a ratio of integers. Furthermore, it is transcendental; it is not a root of any non-zero polynomial with rational coefficients. The numerical value of e truncated to 40 decimal places is:

What does all this mean, Walter? Do you know that Peter and Fauxlivia have U2 concert tickets? Hmmmmm....
Email ThisBlogThis!Share to TwitterShare to FacebookShare to Pinterest
Labels: Fringe, math, MIT, the edge

Hearing both sides bellow and crow about the Fiscal Responsibility Commission recommendations has me laughing so hard my sides almost split. Hey folks, this commission's report is basic, "just the facts, ma'am" math. Like the recommendations or not, that thar is a path to a balanced budget.

So now we can begin to have intelligent conversations about where to cut and how much. And where to raise taxes and by how much. If one thing can be gleaned from the report, it is that we will need a combination of spending cuts and tax increases to reach a balanced budget. "Simply" growing the economy won't be enough this time. 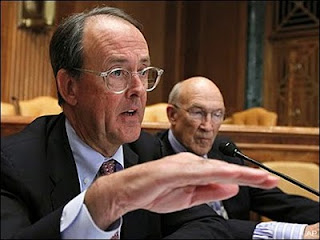 I would think that Tea Baggers would be lovin' all over this thang. (I picture a Tea Poodle humping Erskine's leg, but that's just me). Major cuts across the board of all government agencies, it's like, just the thing they were asking for! But I'm not hearing a lot of support. Change can be difficult.

I like a lot of what John A. Farrell says about the recommendations:

Take it from me, Republicans. You won’t win this one by listening to my old pal Grover. We are in too deep not to do this without raising taxes.

Take the deal. Or, if you like, move to Singapore. And Australia, I hear, has great beer and fine-looking gals and lads and lots of empty real estate."

Update: He thinks Democrats should get on board, too.

I say, hey, at least now we have a "base line". Now it's time make some compromises. Let's get to work!

Hard to believe that Tea Baggers are fighting the debt reduction right now, by refusing to tax the Top 2% at Clintonian rates. That's $700 Billion over 10 years right there. About the same dollar amount as one of the wars we're fighting (so far). Why do the Tea Baggers love the very rich so much that they want to give them each like $100,000, instead of balancing the budget? Where are their priorities?
Email ThisBlogThis!Share to TwitterShare to FacebookShare to Pinterest
Labels: erskine bowles, Fiscal Responsibility Commission, Tea Bag

Kabul, We Adore You!

And so we will build one of our fanciest palaces, uh, I mean embassy/compound/secret government complex thingies for us, uh, I mean for you. Us/you....hey, we're all in this together. Please take over Half a Billion Dollars form our indebted taxpayers (via our loan shark China), and we will build the palace to ensure all future safety in Iraq. Oops, I mean Afghanistan. I smell jobs: 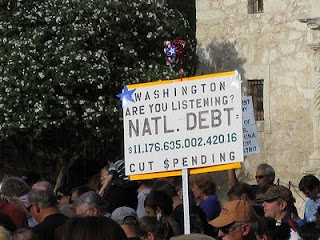 "The project started earlier this year and currently employs about 500 Afghans. Once construction gets under way, more than 1,500 Afghan workers will be employed, Eikenberry said.

Over the last two years, the U.S. has signed contracts to expand American diplomatic facilities in Kabul and consulates in Mazar-e Sharif and Herat provinces th

at total $790 million, he said. The figure includes the embassy expansion, which should be completed by June 2014."

2014? Hey.... aren't we supposed to be out of there by then? Boy, that Billion could have come in handy for debt reduction.... right Tea Baggers?

“$790 million is more than ten times the money the federal government allotted for the State Energy Program in FY2011. It's nearly five times the total amount allocated for the National Endowment for the Arts (threatened to be completely eliminated by the incoming Congress). If that sum were applied instead to job creation in the United States, in new hires it would yield more than 22,000 teachers, 15,000 healthcare workers, and employ more than 13,000 in the burgeoning clean energy industry."

"Irrational Phallus Worship: The Missing Link That Helps the Tea Party Make Sense"
The title alone is priceless. Missing link? Get it? 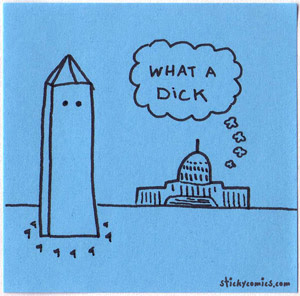 "...the problem that arises when you obsess over appearing like an invulnerable tough guy is there’s always a fear that your phallic power is going to be rendered as vulnerable as the actual, real life penis is. The result is paranoia. Though there’s no real world reason to believe Obama and Eric Holder are out to symbolically castrate gun nut America by taking away their phalluses/guns...supporters...nonetheless believe it with all their heart and soul. It’s hard not to suggest they feel like losing an election has made them feel like they’re not omnipotent, and they can’t help but believe that a more literal taking away of their phallic totems is next....

...The beauty of provoking anxieties about sex and gender is that it’s a shortcut to shutting down all rational thought and allowing a bunch of impulses and fears to fill the void. A steady drumbeat of fears about emasculation can quickly be aimed towards creating fears about Muslims (to justify imperialist wars), to creating fears about racial minorities (to create the ground work for voter suppression and a rollback of the social safety net), and general anti-intellectualism to keep the fear party going."

Oh, I think you get it, alright!
Email ThisBlogThis!Share to TwitterShare to FacebookShare to Pinterest
Labels: fox news, Tea Bag

PPD's Fred Eshelman Paid For This

Back in August 2008, PPD's Fred Eshelman started giving to defeat Obama, and today's Wilmington StarNews article by Patrick Gannon goes into some detail about his generous giving. Here's one of the videos from his website:

I wonder if he was involved with such great donations to Republicans before it was evident.....well, you fill in the blank. Maybe he hated Clinton just as badly?

Check out the videos at his website, and see if you don't think this stuff is laughable paranoia, and blatant propaganda, with no effort to dig deeper than sloganeering. Another piece of the right-wing blabber machine, brought to you by a pharmaceutical company. Of course, the website doesn't mention him by name, but we do know he spent $5.5 Million in 2008 and $3.4 Million in 2010....so, almost $10 Million in 2 years. At least we know.

I don't have to, but I will mention to Fred's credit that he has also been a generous donor to UNC-Chapel Hill, and the new Pharmacy School there is named for him. Often times, I find that people I disagree with politically are fine people that I get along with and respect.

Here's a link to the cbsnews.com article they talk about (but don't link to) in the StarNews article. 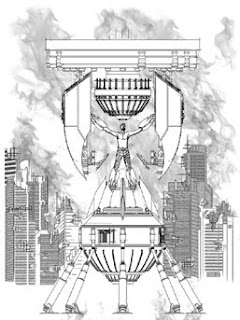 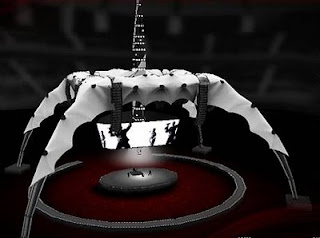