Who could have seen this coming?  Progress Energy and Duke Energy are merging, and this is supposed to bring savings to consumers, and keep jobs in North Carolina.  Well, here we have their first new request for a rate hike since the "merger", and we already know they plan layoffs as the merger progresses.  At least there is some modernization happening, switching from coal to natural gas, for instance, but that will ultimately save the company money too.  They might quit the coal, but they're saving the shaft for us citizens/consumers of literal monopolized power.  It's time to re-think how we deal with the electric grid and the monopolies that exist in the energy industry, as a first step in a long term solution for our energy challenges.
Email ThisBlogThis!Share to TwitterShare to FacebookShare to Pinterest
Labels: duke, energy, monopoly, progress 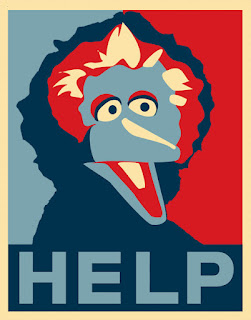 And speaking of Big Bird, here's a tune from Eddie Floyd with Steve Cropper on guitar.  Big Bird.

It all started one cool fall night, the moon was full when she brought her new lady-friend up to my room after the party....

oh, wait, not that kind of Sealy Mattress story, no, this one involves less enjoyable pursuits for the humans among us.  But there is a class of folk, some say human, who enjoy nothing more than a forced corporate takeover or a leveraged buyout... ah, the sheer power of it all, muhahaha!!  I'm getting ahead of the story.  First, a little Sealy history:


...The failed deal, known as "burning bed," led to a dramatic slow-down in leveraged buy-outs.
In 1990 Ohio Mattress assumed the Sealy name...  Bain Capital and a team of Sealy's senior executives acquired the company in 1997.   In 1998 Sealy announced that it was moving from Cleveland to the High Point, NC, area.

In 2004, the company was acquired by Kohlberg Kravis Roberts & Co. and a team of Sealy management. The deal was valued at $1.5 billion but included significant debt.  The company operated as a privately held corporation until 2005. "

Say these guys who flip these companies take significant risks to keep these companies going to benefit the shareholders and by happenstance, the workers, and America as a whole.  That's why they make the big bucks!  But, what if their investments weren't that large, and their personal profits guaranteed at the expense of the shareholders and workers?  Would that be capitalism working?   Because that's what they did, time and again.

Josh Kosman has an interesting new article at Salon about what happened with Bain & Sealy.  The whole article is worth reading, it's not too long and really lays it bare:


Mitt Romney’s Bain led a $791 million buyout of Sealy in 1997, putting $140 million down and, in typical private-equity fashion, having Sealy borrow the remaining $651 million to finance the deal and assume responsibility for paying it back. ...

AND why is this news now?


Relative upstart Tempur-Pedic agreed to buy Sealy this week for $2.20 a share, paying less than $250 million for its stock and assuming its $750 million debt.

Thus Sealy joins Burger King and others on the list of Bain-acquired companies that collapsed soon after Bain cashed out — hardly surprising, since private equity is mostly about squeezing businesses as hard as possible, not creating long-term value...

A longtime Sealy executive told me he was very sad about last week’s sale. “I don’t like being acquired by an upstart like Tempur. We should have figured out how to handle them in the marketplace.” Now, some of Sealy’s 4,500 workers will likely lose their jobs in the merger.


That article at Salon is really worth a read.  Why should a company get tossed around by five investment groups in 10 years?  Let's hope Mitt doesn't do to America what Bain did to Sealy.  In fact, let's not give him the chance.

Proof Tax Cuts for the Rich Help the Economy

I mean, Where is the proof tax cuts for the rich help the economy?  Ruth Marcus takes on the fallacies of Romney's "plan" in her Washington Post editorial, with the introduction of things called "facts" and "numbers".  The nerve.


If you were going to make a causality argument from these figures, it would be that lower taxes correlate with lower growth. Such a leap isn’t justified — but where is the proof supporting Republicans’ insistence that lower rates fuel growth?"