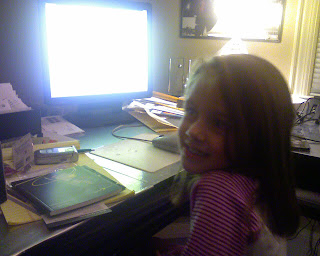 centro!
Email ThisBlogThis!Share to TwitterShare to FacebookShare to Pinterest 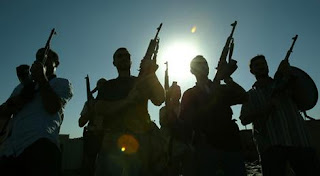 Checking out some old posts , I came across this one I wrote in October '05:

"...why the government and military are hiring these private companies for security in Iraq and Afghanistan is questionable.

These companies hire away our best soldiers, pay them more money and then we the taxpayers end up paying more money, so they can do the same work our military should be doing, at a much higher price. These private companies happen to be pals with the politicians and military folks, and it all may seem rather ordinary, but I can't help but think that this is unconstitutional. And certainly, it is costing us more money.

But worse than being in Iraq and Afghanistan, now these private companies are working here in the "Homeland", "protecting" us from ourselves and the ever-present dangers of terrorism and floods and drugs and whatever else they can think of to scare the public. There's a lot more to this story than we can already see, and I submit that Congress should commence investigations into companies like Blackwater immediately. It's not that I think the folks in Blackwater are bad people, but rather we need to look closely at this new system to be sure everything is on the level, and taxpayers and civil rights are protected. This is not a sound or sustainable policy."
Email ThisBlogThis!Share to TwitterShare to FacebookShare to Pinterest
Labels: blackwater, iraq war 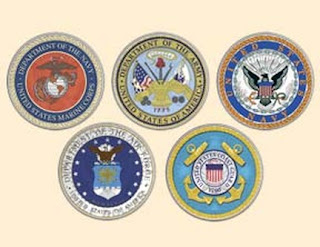 Fred Kaplan at Slate takes on our war machine:

The military budget in question—not including any money for the wars in Iraq and Afghanistan—totals $500 billion. This is roughly equal to the military budgets of all the rest of the world's nations combined. Adjusting for inflation, it is larger than the U.S. military budget at the peak of the Cold War—in fact, larger than any budget since the Korean War. Again, this is true, apart from the money allocated for the current wars. ...

...Look at the defense budget.... The Army gets $130.1 billion. The Navy (including the Marines) gets $130.8 billion. The Air Force gets $136.6 billion. This near-even divvying is no fluke or accident. It's been constant since the mid-1960s. (In no year since then has the split varied by more than 2 percentage points.) There is no principle of national-security policy that requires the money be divided this way. It would be an amazing coincidence if there were. Its origins lie in the truce that the service chiefs reached 40 years ago, and have maintained ever since, to quell the vicious internecine rivalries of the 1950s, when the chiefs battled furiously for every scarce dollar

It is for this reason that secretaries of defense and seasoned congressional chairmen rarely get entangled in procurement battles. They don't want to reignite the hellfire of interservice rivalries."

Hey, that's a good reason for the empire to go to war! 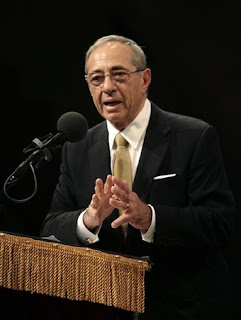 We need to bring back the power to declare war. Bring it back to Congress, that is:

"Congress’s refusal to comply with Article I, Section 8 of the Constitution has led to a catastrophic aftermath. Such a tragedy should never be allowed to happen again. Rather than enact new legislation that would create constitutional ambiguity, the Democratic leadership in Congress should assert its strength by simply announcing it will allow no “resolutions” or “authorizations” purporting to delegate to the president Congress’s constitutional power to declare war against any other nation. Nor will there be any new war without Congress’s solemn deliberation and declaration of war."

Thank you, Mr. Cuomo! Hey, would you mind telling everybody that it's Hillary's fault?

Throw your hat in the ring while you're at it, at least you're honest and care about the most important parts of our Constitution. This issue is at the root of our current problems in Iraq, and caused us much heartache and loss in Vietnam, Korea, etc. Congress has the war power and they do not have the right to delegate it. Time to take it back, Congress, take it back!
Email ThisBlogThis!Share to TwitterShare to FacebookShare to Pinterest
Labels: constitution, declare war, mario cuomo 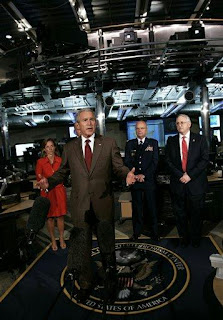 "Three days after Americans saw the Bush administration's counterterrorism chief say the Iraq war has likely not made the United States safer from terrorism, the official announced his resignation, citing health reasons.

In an e-mail sent to his staff Wednesday afternoon, Adm. Scott Redd, head of the National Counterterrorism Center (NCTC), said he was stepping down to "take care of some long-delayed surgery that I can no longer neglect.""

The surgery? For his knees. He was literally "knee-capped".
Email ThisBlogThis!Share to TwitterShare to FacebookShare to Pinterest
Labels: iraq war, terrorism 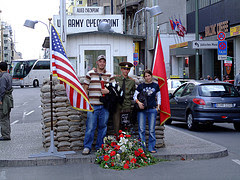 The COLD War, that is. What an opportunity we had to show the world the greatness of America. Instead we turned petty and belligerent. Who can blame Putin for being an ass after the way we've treated Russia? Communist-hater Pat Buchanan opines:

"At the Cold War's end, the United States was given one of the great opportunities of history: to embrace Russia, largest nation on earth, as partner, friend, ally. Our mutual interests meshed almost perfectly. There was no ideological, territorial, historic or economic quarrel between us, once communist ideology was interred.

We moved NATO onto Russia's front porch, ignored her valid interests and concerns, and, with our "indispensable-nation" arrogance, treated her as a defeated power, as France treated Weimar Germany after Versailles.

Who restarted the Cold War? Bush and the braying hegemonists he brought with him to power. Great empires and tiny minds go ill together."

War at the Airport 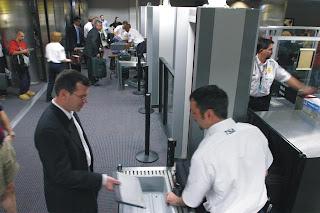 WASHINGTON — Security screeners at two of the nation's busiest airports failed to find fake bombs hidden on undercover agents posing as passengers in more than 60% of tests last year, according to a classified report obtained by USA TODAY.

Screeners at Los Angeles International Airport missed about 75% of simulated explosives and bomb parts that Transportation Security Administration testers hid under their clothes or in carry-on bags at checkpoints, the TSA report shows."

Um, hello? The enemy started our War on Terror in our own airports, and yet we still cannot stop bombs from getting on the planes even most of the time? Seems to me this should have been a top priority, right after reinforced, lockable cockpit doors.

Take it from Clark Kent, folks...

The New JFK According to Sorensen 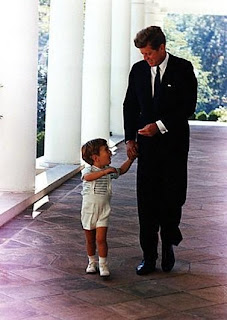 We can't have JFK Jr., but one of Kennedy's closest aids and speechwriters, Ted Sorensen, has a lot of nice things to say about Barak Obama (and some not-so-nice things about the Clintons). From the UK Telegraph:

""Both Kennedy and Obama have fantastically winning smiles and I might say both are very relaxed in front of an audience and on television," he said in an interview. "They don’t shout into a microphone, they talk.

"The principles, the values Obama and Kennedy are enunciating are not five-point plans for new health care programmes, which is more Hillary's style."

The Kennedy legacy and the aura of Camelot have been powerful but largely unspoken themes underpinning the campaign of Mr Obama, another charismatic Harvard alumnus heralding a new era in politics. "

And on to the Hillary-not-quite-bashing:

"When asked about her similarities to Bill Clinton, Mr Sorensen said that her election would be "a continuation of the Clinton-Bush 20 years" and business as usual in Washington.

“She has the same tendency to triangulate, as he called it, she has the same ability to equivocate, to vacillate, to imitate what the Republicans are doing and saying.”...

...The Clintons, he said, were Washington insiders who wanted to maintain the status quo and who had not brought honour to the White House.

“I’m not accusing Clinton of being lawless. He was impeached for trivial reasons.

"But I don’t think that it was the noblest time for the White House when the Lincoln bedroom was rented out to donors and pardons were being issued to some truly dreadful people.”...

...He argued that the former First Lady would be defeated in a presidential fight with a Republican candidate like Rudy Giuliani. "She's got everything going for her but a lot of people just don't like her.

"I'm tired of losing. We've had these candidates who give those five-point programmes, who sound like they are lecturing at MIT or trying to convince the New York Times board of editors. 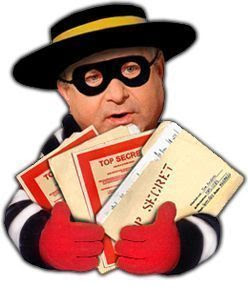 "Sandy Berger, who stole highly classified terrorism documents from the National Archives, destroyed them and lied to investigators, is now an adviser to presidential candidate Hillary Rodham Clinton. ...

...Berger has admitted stealing documents from the National Archives in advance of the 9/11 Commission hearings in 2003. The documents, written by White House counterterrorism czar Richard Clarke, were a “tough review” of the Clinton administration’s shortcomings in dealing with terrorism, Clarke’s lawyer told the Washington Post. ...

...the House Government Reform Committee later revealed that an unsupervised Berger had been given access to classified files of original, uncopied, uninventoried documents on terrorism. Several Archives officials acknowledged that Berger could have stolen any number of items and they “would never know what, if any, original documents were missing.”
At his sentencing in September 2005, Berger was fined $50,000, placed on probation for two years and stripped of his security clearance for three years."

And this is who Hillary chooses to hire as an adviser?

What does he have on her/them? That's the only explanation for this hire....Sandy has the goods on the Clintons. Maybe he stole it from the National Archives.
Email ThisBlogThis!Share to TwitterShare to FacebookShare to Pinterest
Labels: Sandy Berger, Stop Hillary

Just 'cause I've been hitting on Hillary does not mean I've forgotten about you George W.
Remember this one? Nice move, G 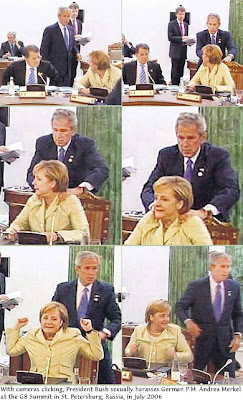 Frank Rich has an interesting editorial in the NYT. Nice to have the editorials back for free, thanks New York Times!
Email ThisBlogThis!Share to TwitterShare to FacebookShare to Pinterest
Labels: Stop Hillary
Newer Posts Older Posts Home
Subscribe to: Posts (Atom)