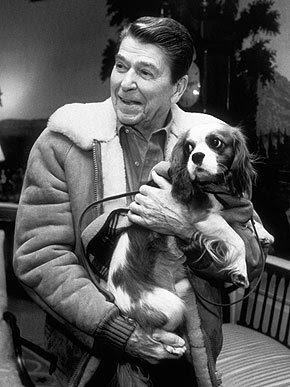 So Bush's Justice Dept. purposely ignored the Reagan precedent on waterboarding. Bush II should have emulated Reagan more... it seems to me he had none of Reagan's compassion.
Email ThisBlogThis!Share to TwitterShare to FacebookShare to Pinterest
Labels: condems torture, george w. bush, Ronald Reagan

We Tortured to Justify War

Frank Rich at the New York Times boils down why we tortured, and it's worse than we think. We tortured in particular to get info that linked Al Qaeda with Iraq, in order to justify going to war.

...Maj. Paul Burney, a United States Army psychiatrist assigned to interrogations in Guantánamo Bay that summer of 2002, told Army investigators of another White House imperative: "A large part of the time we were focused on trying to establish a link between Al Qaeda and Iraq and we were not being successful." As higher-ups got more "frustrated" at the inability to prove this connection, the major said, "there was more and more pressure to resort to measures" that might produce that intelligence.

In other words, the ticking time bomb was not another potential Qaeda attack on America but the Bush administration's ticking timetable for selling a war in Iraq; it wanted to pressure Congress to pass a war resolution before the 2002 midterm elections. Bybee's memo was written the week after the then-secret (and subsequently leaked) "Downing Street memo," in which the head of British intelligence informed Tony Blair that the Bush White House was so determined to go to war in Iraq that "the intelligence and facts were being fixed around the policy." A month after Bybee's memo, on Sept. 8, 2002, Cheney would make his infamous appearance on "Meet the Press," hyping both Saddam's W.M.D.s and the "number of contacts over the years" between Al Qaeda and Iraq. If only 9/11 could somehow be pinned on Iraq, the case for war would be a slamdunk.

But there were no links between 9/11 and Iraq, and the White House knew it. Torture may have been the last hope for coercing such bogus "intelligence" from detainees who would be tempted to say anything to stop the waterboarding.

Levin also emphasized the report's accounts of military lawyers who dissented from White House doctrine - only to be disregarded. The Bush administration was "driven," Levin said. By what? "They'd say it was to get more information. But they were desperate to find a link between Al Qaeda and Iraq."

Five years after the Abu Ghraib revelations, we must acknowledge that our government methodically authorized torture and lied about it. But we also must contemplate the possibility that it did so not just out of a sincere, if criminally misguided, desire to "protect" us but also to promote an unnecessary and catastrophic war. Instead of saving us from "another 9/11," torture was a tool in the campaign to falsify and exploit 9/11 so that fearful Americans would be bamboozled into a mission that had nothing to do with Al Qaeda. The lying about Iraq remains the original sin from which flows much of the Bush White House's illegality.

If we are to remain proud to be Americans, we must see justice served here.
Email ThisBlogThis!Share to TwitterShare to FacebookShare to Pinterest
Labels: condems torture, iraq war 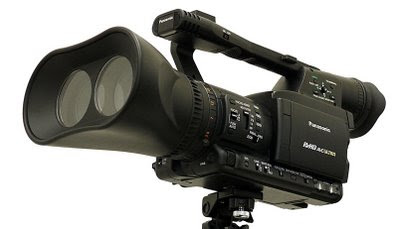 Looks like I have something to add to my wishlist....if they ever make this thing. Gizmodo luvs some 3D.
Email ThisBlogThis!Share to TwitterShare to FacebookShare to Pinterest
Labels: 3D 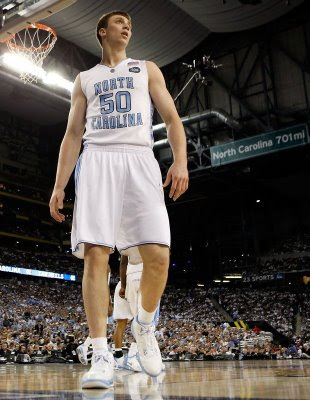 3D Movies Not the Next Big Thing?

Slate's Daniel Engber has a terrific article on the pitfalls of 3D movies, and why the new crop isn't really better than the old style: 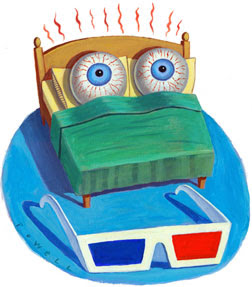 "There are plenty of other problems with 3-D movies that might contribute to the sore eyes, headaches, and nausea. As a general rule, the greater the disparity between the two image tracks—that is to say, the farther apart the two cameras are placed during shooting—the greater the illusion of depth in the finished product. That's a plus for the filmmakers, who tend to favor extreme special effects, pickaxes flying off the screen and all that. On the other hand, the more pronounced the disparity, the more difficult it is for the viewer to fuse the two perspectives into a coherent scene. That could lead to double-vision, uncomfortable flickering, and—yes—eyestrain.

So if the new 3-D movies are still giving us headaches, why has no one bothered to mention them? It may be that the visual fatigue, however pervasive, is small enough to hide in the novelty of the experience—we're so jazzed up that we barely notice our eyes hurt."

I like the new-style 3D movies much better than say, Jaws 3D... they are better. The U23D movie on IMAX was sensational. But yeah, as long as we need glasses to see 3D, there is going to be some discomfort. I find looking at anaglyph pictures much easier on the eyes than movies, and this article helps explain why. Cool article with lots of detail, even if it does douse some water on the new 3D fire.
Email ThisBlogThis!Share to TwitterShare to FacebookShare to Pinterest
Labels: 3D, anaglyph

U2 in Fez Cool Video

Cool video of early "No Line" sessions in Fez, complete with different lyrics for Unknown Caller at the end. I found the video enjoyable.


U2 in Fez from Juan Andrés Milleiro on Vimeo.
Email ThisBlogThis!Share to TwitterShare to FacebookShare to Pinterest
Labels: No line on the horizon, u2
Newer Posts Older Posts Home
Subscribe to: Posts (Atom)