Hackers to get eavesdropping lessons on cell calls http://www.reuters.com/article/technologyNews/idUSTRE66Q6NS20100727

Maybe I've gone too far this time, but I have made several comments on Lane Bailey's post about a potential 3.8% tax on real estate transactions. He was more fair than most on ActiveRain in his posting about the issue, though I disagree with his conclusion that this will have a major implication for the sale of luxury homes. It's a complicated tax (only applied if you pass certain earnings & profit-from-sale hurdles), that will probably effect less than 1% of transactions, and will only be paid by the very rich who make a profit from the sale of their residence or investment property.

Well, the discussion in the comments section became quite political and interesting, and I had to put my 2 cents in there. Well, maybe 6 cents, but I'm generous!

Here's a link to the whole thing. And here are my parts:

1. Perhaps it's only fair for the very richest among us to pay more taxes. I know that sounds crazy to some folks, but take into account these figures:

To claim that the rich are being fleeced by the government is a bit of a stretch though, given the massive movement of money from the middle class to the upper class over the past 30-40 years.

Also, when I first heard this "news" elsewhere, it came in an e-mail prefaced with this distinguishing message:

Under the new health care bill - did you know that all real estate transactions are now subject to a 3.8% Sales Tax? The bulk of these new taxes don't kick in until 2013 (presumably after Obamas re-election). You can thank Nancy, Harry and Barack and your local Democrat Congressman for this one. If you sell your $400,000 home, there will be a $15,200 tax. This bill is set to screw the retiring generation who often downsize their homes. Is this Hope & Change great or what? We can vote the bums out in November and demand that they eliminate the bill or at the very least defund it. Then in 2012 repeal it.
Oh, you weren't aware this was in the Obamacare bill? Guess what, you aren't alone. There are more than a few congressman that aren't aware of it either. AND, there are a few other surprises lurking.
Maybe it's just me, but I found that delivery to be off-putting, and a good example of how the "tea party" types will take something with a grain of truth and blow it up to giant proportions, to incite fear and worse.
Our Realtor Association manager replied to the e-mail with the following:

It is a hoax! Here is the NAR information.

Contrary to reports and newspaper articles circulating widely on the Internet, there is not a 4.0% "sales tax" or "transfer tax" on the sale of a home included in the recently signed health care reform bill. The analysis underlying these reports is incorrect and fails to take into account the interplay of the bill's provisions with already existing real estate tax laws that remain unchanged.

What was included in the health bill is a provision that imposes a new 3.8% Medicare tax for some high income households that have "net investment income." Any revenue collected by the tax is dedicated to the Medicare hospital insurance program. This new tax will only apply to households with Adjusted Gross Income (AGI) of more than $200,000 for individuals or more than $250,000 for married couples. Since capital gains are included in the definition of net investment income, an additional tax obligation might result from the sale of real property.

In the case of the sale of a principal residence, the existing $250,000/$500,000 exclusion from capital gains on the sale of a principal residence remains unchanged. Consequently, even when the AGI limits are met, the new tax would not be applied to all capital gains that result from the sale of a home. Rather, it would only apply to any home sale gain realized in excess of the $250K/$500K existing primary home exclusion that pushes the filer's AGI over the $200K/$250K adjusted gross income limit.

The new Medicare tax will not take effect until January 1, 2013.

For more information on the new Medicare tax, please consult NAR's Health Reform Q&A on this and other provisions of the new health reform law located at: 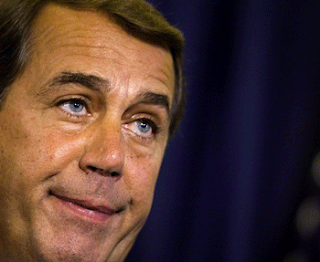 USA Today had an article on tax rates recently:

See No Evil, for Glenn Beck 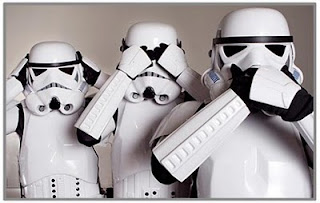 I just love Television, and they have a tune for you, the blinding Glenn Beck.

OK, so Rush is deaf, Glenn is going blind... if Sean starts getting hoarse, maybe folks will begin to question their "leaders"?