Angry Left Can Step Off

Interesting Alternet article called "Enough of 'Barbituate' Left Cynicism, Obama Is a Victory over White Supremacy" by Tim Wise for the neo-lefties out there....you know that kind of liberal that's always a downer. I particularly liked this part: 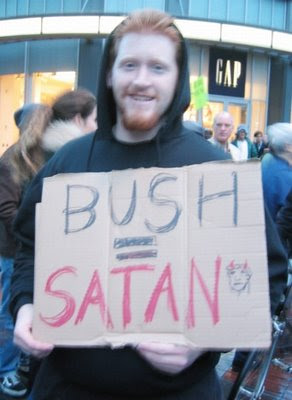 At some point, the left will have to relinquish its love affair with marginalization. We'll have to stop behaving like those people who have a favorite band they love, and even damn near worship, until that day when the band actually begins to sell a lot of records and gain a measure of popularity, at which point they now suck and have obviously sold out: the idea being that if people like you, you must not be doing anything important, and that obscurity is the true measure of integrity. Deconstructing the psychological issues at the root of such a pose is well above my pay grade, but I'm sure would prove fascinating.

The simple fact is, people are inspired by Obama not because they view him as especially progressive per se (except in relation to some of the more retrograde policies of the current president, and in relation to where they feel, rightly, McCain/Palin would have led us), but because most folks respond to optimism, however ill-defined it may be. This is what the Reaganites understood, and for that matter it's what Martin Luther King Jr. and the civil rights movement knew too. It wasn't anger and pessimism that broke the back of formal apartheid in the south, but rather, hope, and a belief in the fundamental decency of people to make a change if confronted by the yawning chasm between their professed national ideals and the bleak national reality.

In other words, what the 60s freedom struggle took for granted, but which the cynical barbiturate left refuses to concede, is the basic goodness of the people of this nation, and the ability of the nation, for all of its faults (and they are legion) to change.

I know a lot of U2 fans that did this....once Rattle & Hum came out, U2 was crap. Too bad they didn't stay tuned, what a great ride it's been in the U2 camp since then.
Let's hope we get a similar ride from Obama. We can all at least hope, right?
Email ThisBlogThis!Share to TwitterShare to FacebookShare to Pinterest
Labels: barack obama, MLK, Ronald Reagan, u2

P.J. O'Rourke spells it out for the Republicans in his latest on CATO: 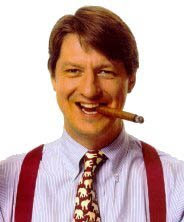 "Let us bend over and kiss our ass goodbye. Our 28-year conservative opportunity to fix the moral and practical boundaries of government is gone--gone with the bear market and the Bear Stearns and the bear that's headed off to do you-know-what in the woods on our philosophy.

An entire generation has been born, grown up, and had families of its own since Ronald Reagan was elected. And where is the world we promised these children of the Conservative Age? Where is this land of freedom and responsibility, knowledge, opportunity, accomplishment, honor, truth, trust, and one boring hour each week spent in itchy clothes at church, synagogue, or mosque? It lies in ruins at our feet, as well it might, since we ourselves kicked the shining city upon a hill into dust and rubble."

Oh, he goes on from there. Republicans owe it to themselves to read this one.

It was a beautiful day!

Break out the 3D glasses for this slideshow from Barack Obama's visit to Wilmington, back during the primaries, and/or just check it out like it is so you can hear me play a song on acoustic guitar.

I recorded the Star Spangled Banner moments ago and ran it with some echo for the soundtrack, so make sure to press play and turn it up loud, captain!

The 3D is really compressed, and there are some 'never published before' shots in there (read: crappy out of focus, but now somehow historic) so head to flickr for better pictures from that rally.

On the election: I'm kinda at a loss for words, I keep feeling proud to be American, alive in this moment, I feel somehow redeemed. But I'm tempered by the same thought I had the day Saddam's statue came down in Bagdad: "Now for the hard part!" I'm gonna choose joy over worry for a while.
Email ThisBlogThis!Share to TwitterShare to FacebookShare to Pinterest
Labels: 3D, anaglyph, barack obama, star spangled banner

I'm not sure that I've actually come out and said these words, but I heartily endorse Barack Obama for President of the United States.
I encourage everyone to vote for Obama.
If you insist that you simply could not vote for him for one reason or another -a-hem-, then I politely suggest you don't vote this time. McCain's time has come and gone, my right-leaning conservative friends. Wish y'all had nominated him in 2000 though, he would have won a landslide and handled 9/11 better than W.
It's too late now. You've seen him. You've heard him go back on most of his maverick principles. You saw how he wanted to handle the bailout... you know we could do better with Obama. Or at least let the Dems screw themselves and y'all can run better in '12. ;-)