A friend pointed me to this USA Today article about folks making their own 3D, and to my delight, they're using red/cyan glasses. It spurred me on to make this quickie:

I guess "we're #1 in arms sales" could go without saying, I mean we do have the world's biggest military by a wide margin (The Pentagon's budget is larger than the next 18 defense budgets in the world), so of course we have lots of arms to sell. Well, thanks goodness, we have buyers for our military weapons. And luckily for us, they are Muslims from the same country as the hijackers who attacked us on 9/11, our friends, Saudi Arabia. It's OK, these are the Muslims who are our friends. Hey, congrats on your big profit, America! 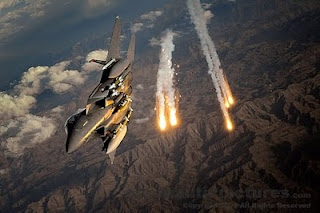 "In its biggest arms deal ever, the United States announced it will sell up to 60 billion dollars worth of warplanes, helicopters and other weapons to Saudi Arabia, partly to help it counter Iran."

Obama HAS ALREADY Lowered Taxes for 98%

That's right, 98% of Americans have lower taxes thanks to President Obama. Hey, the Top 2% should feel good, too, because overall, all taxes are down under Obama, near the lowest levels ever. Huh. Guess you don't learn that on FOX News, but David Corn has a great article for those leaning into the Tea Bag:

"Speaking of taxpayers, should tea partiers be ticked off about taxes? Not at all. Taxes are down for most Americans and at a historic 60-year low, partly due to Obama's tax cuts. USA Today, that bastion of left-wing economic thought, reports:

Federal, state and local income taxes consumed 9.2% of all personal income in 2009, the lowest rate since 1950, the Bureau of Economic Analysis reports. That rate is far below the historic average of 12% for the last half-century. The overall tax burden hit bottom in December at 8.8% of income before rising slightly in the first three months of 2010 . . .On average, though, the tax rate paid by all Americans -- rich and poor, combined -- has fallen 26% since the recession began in 2007. That means a $3,400 annual tax savings for a household paying the average national rate and earning the average national household income of $102,000.

If Obama could get his way, he would indeed raise taxes on the wealthiest Americans -- those making over $250,000 a year -- but not on anyone beneath that high level. In fact, one-third of Obama's stimulus package -- which tea partiers decry -- was tax cuts that reached about 98 percent of Americans. Earlier this year, Bruce Bartlett, 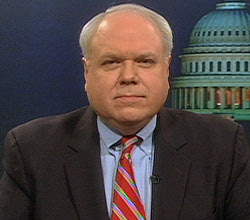 Read the whole article to find out how the Prescription Drug Benefit, passed by Bush and the Republican Congress, will cost us more than the bailout, the stimulus and Obamacare....combined. Where is the outrage from the Tea Party there?
Email ThisBlogThis!Share to TwitterShare to FacebookShare to Pinterest
Labels: barack obama, Bruce Bartlett, David Corn, taxes, Tea Bag

We've never been here before. A land where foreclosures are rampant and there's a good chance many rules have been broken by the banks along the way. How do you think they'd deal with us if we broke the rules? I've collected a batch of articles from the past few days that will shed some light on the problems, but I'm afraid I don't have a simple easy solution for this one.

Foreclosuregate: Time to Break Up the Too-Big-to-Fail Banks?: "
by Ellen Brown

Looming losses from the mortgage scandal dubbed "foreclosuregate"
may qualify as the sort of systemic risk that, under the new financial
reform bill, warrants the breakup of the too-big-to-fail banks. The
Kanjorski amendment allows federal regulators to pre-emptively break up
large financial institutions that-for any reason-pose a threat to U.S.
financial or economic stability.

Don’t Believe The Bank Lobby: Foreclosure Fraud Is Bad For Homeowners And The Economy

Foreclosuregate Fallout: How Bad Can It Get For Wall Street?

The Elephant In The Foreclosure Fraud Room: Second Liens

The Monster: How a Gang of Predatory Lenders and Bankers Fleeced America, and Launched a Global Crisis

"The truth, and I'll get into this in detail when the magazine piece comes out, is that this foreclosure fiasco is a story about wide-scale bureaucratic fraud, with a kind of mortgage counterfeiting and a gangbang mentality with regard to the securitization process has infected the entire system. Since mortgages and mortgage-backed securities are in everything — in your pensions, in insurance portfolios, on the balance sheet of the Fed and its bailout facilities (making all Americans stakeholders in subprime notes) — a wave of phantom and/or mismarked mortgages has the potential to wreck the entire economy, which is why everyone from Ben Bernanke on down is shitting bricks as this story (and disclosures like this BOFA thing) unfolds. This business is, believe me, a LOT worse than even Bank of America is admitting, and it's not confined to just a few reckless banks. Anyway, more to come later."

I really like how he lays it all out there. Thank you Mr. Taibbi, I will plug your new book later.

Is the universe a big hologram?

Is the universe a big hologram? CSMonitor.com

OK, we know there might be multiple universes, and now you're expecting us to believe everything in our universe is a hologram, projected from our outer universe horizon? You better explain yourself, mister! 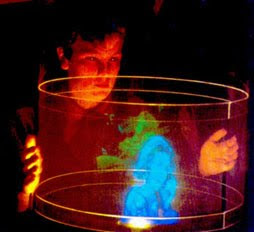 "While looking out for a gravitational wave signal, scientists at GEO600 noticed something bizarre. There was inexplicable static in the results they were gathering. After canceling out all artificial sources of the noise, they called in the help of Fermilab’s Craig Hogan to see if his expertise of the quantum world help shed light on this anomalous noise. His response was as baffling as it was mind-blowing. “It looks like GEO600 is being buffeted by the microscopic quantum convulsions of space-time,” Hogan said.

The signal being detected by GEO600 isn’t a noise source that’s been overlooked, Hogan believes GEO600 is seeing quantum fluctuations in the fabric of space-time itself. This is where things start to get a little freaky."

Great editing in this cartoon, the real Glenn Beck comes through, especially in the end.

Tread on This, Tea Baggers

Tea Party folks, you need to wake up. You're being sold a false bill of goods. The U.S. Chamber of Commerce does not share your interests. From John Aloysius Farrell at US News: 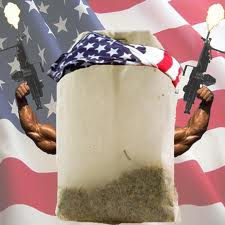 "I see snakes in the Tea Party’s Eden. Its members are being played, like foolish rubes and codgers, by the slick beltway Republicans, and seem doomed to crushing disappointment in the coming years.

For proof, look no further than the U.S. Chamber of Commerce, that big marble temple across the street from the White House, which Glenn Beck and other TPR champions have been hailing as a wonderful defender of the good old America that existed before the evil elites hollowed out the industrial base, stole our money to bail out Wall Street insiders, and allowed those awful immigrants to wreak havoc on our culture.

But have Beck and the others looked at what the chamber stands for? Have any of you read the policy priorities on its Web site?"

"The chamber promises to use the Republican Congress to “push for comprehensive immigration reform” with an “earned pathway to legalization for undocumented workers already contributing to our economy” and a “guest or essential worker program to fill the growing gaps in America's workforce.”"

Keep Jobs in US? Naaaah:

"the chamber supports new trade talks toward “a commercially meaningful Doha Round agreement” and some more of those NAFTA-like trade agreements with South Korea, Columbia, and Panama and “investment treaties with China, India, and Vietnam” and the welcoming of Russia to the World Trade Organization."

"it’s for all sorts of Wall Street plums--like “customized OTC derivatives at a reasonable price and without the burden of margin requirements” and a continuation of the big bonus system for Wall Street executives, “which promotes long-term shareholder value and profitability” and “does not constrain reasonable risk taking.”

Sometimes the enemy of your enemy is not your friend.

I was upset with Mike McIntyre when he didn't vote for the Health Care Reform Bill... how could he call himself a Democrat after that? But he judged his district well... District 7 does lean conservative. I'll save my ire for his opponent for another blog post. Republicans ought to support McIntyre.... that's what this (conservative-leaning) US News article by Mary M. Shaffrey says: 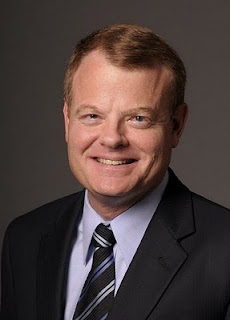 "McIntyre is a pro-defense, pro-life, fiscally conservative Democrat. Not to mention one of the most sincere members of Congress to currently serve.... While John McCain carried the conservative southeastern district with 52 percent of the vote, McIntyre easily won with 69 percent. He ranks third on the House Agriculture Committee and also serves on the House Armed Services Committee.

But he votes for Pelosi and she sets the agenda, so Republicans have targeted him. What happens if he loses, but Republicans fail to capture the House? And if they win, wouldn’t it be nice to have a moderate Democrat who would likely support a fair amount of the Republican agenda around, so Republicans could be bipartisan in a way Democrats never were, or even tried to be?

Pantano has many strong qualities but perhaps should wait until McIntyre is ready to step aside. He still has work to do and has done an admirable job representing a district that is not as sexy as Charlotte or Raleigh.
...
He is the type of member who literally can talk your ear off about the district he represents but never seeks the microphone or camera. He actually apologizes when he is late. Imagine that, a congressman who apologizes and means it.

“Throw the bums out!” is a laudable cry and, sometimes, a worthwhile aim, but McIntyre is not one of the bums. There are Republicans from North Carolina I wouldn’t vote for if they were running for dog catcher, but I would trust McIntyre to watch my son. And right now, as the country tries to right itself from the worst economic collapse in generations and fight a war half a world away, we need people we can trust in Washington."

So... no U2 in the alternate universe, huh? Who's Bono? I'm hoping it comes back into the plot later on...

Email ThisBlogThis!Share to TwitterShare to FacebookShare to Pinterest
Labels: Bono, Fringe, u2

FOX in the hen house

FOX News and Billionaires, like peanut butter & chocolate. Krugman lays on some well-deserved criticism that FOX's most fervent viewers would do well to read for themselves.

"...every major contender for the 2012 Republican presidential nomination who isn’t currently holding office and isn’t named Mitt Romney is now a paid contributor to Fox News. Now, media moguls have often promoted the careers and campaigns of politicians they believe will serve their interests. But directly cutting checks to political favorites takes it to a whole new level of blatancy.

Arguably, this shouldn’t be surprising. Modern American conservatism is, in large part, a movement shaped by billionaires and their bank accounts, and assured paychecks for the ideologically loyal are an important part of the system. Scientists willing to deny the existence of man-made climate change, economists willing to declare that tax cuts for the rich are essential to growth, strategic thinkers willing to provide rationales for wars of choice, lawyers willing to provide defenses of torture, all can count on support from a network of organizations that may seem independent on the surface but are largely financed by a handful of ultrawealthy families."

The whole article is worth a read, especially for those who only watch FOX.
Email ThisBlogThis!Share to TwitterShare to FacebookShare to Pinterest
Labels: fox news, paul krugman

Since the 1960's, Social Security has worked to help end poverty for our senior citizens. The graph speaks for itself: 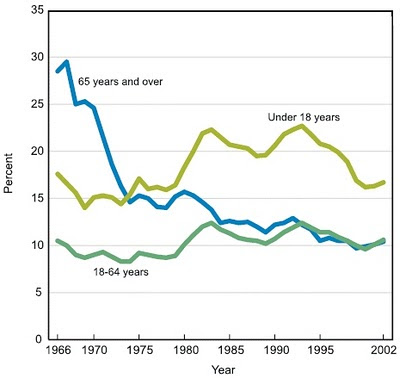 Or maybe you prefer this one: 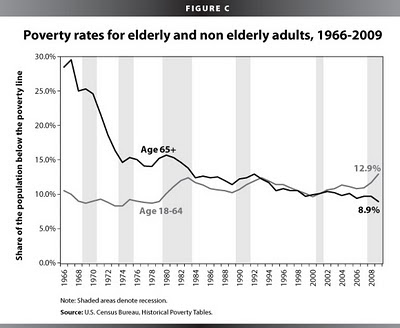