Hillary Plays U2, too 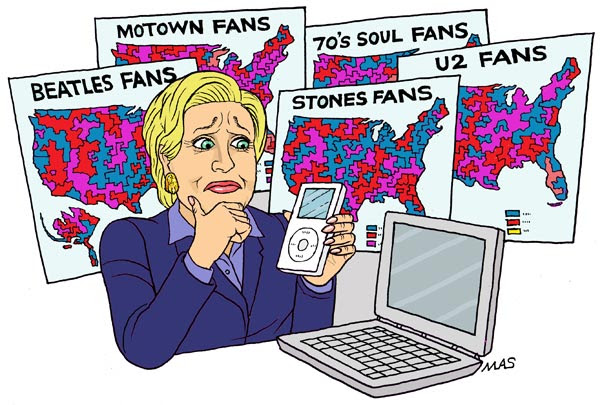 "Beautiful Day" is a uniter, not a divider. On this Condi & Hillary agree (and so do their husbands! ;-) Beatles, Stones, Motown, 70's Soul,... and U2...they just keep getting bigger.
Email ThisBlogThis!Share to TwitterShare to FacebookShare to Pinterest
Labels: music, Stop Hillary, u2

Lionel Richie Can Save the World

"According to John Berman of ABC News, “Grown Iraqi men get misty-eyed by the mere mention of his name. ‘I love Lionel Richie,’ they say. Iraqis who do not understand a word of English can sing an entire Lionel Richie song.”...

...Your songs in the post-Commodores years were so unfunky that some folks have called you the black Barry Manilow. Your music does not inspire a frenzy of
booty-shaking, but rather glides across the consciousness… maybe that’s it: your music makes Middle Easterners feel safe in an unsafe place....

...Lionel, the Iraqis said that they were playing All Night Long in the streets when the U.S. military rolled into Baghdad back in 2003. Something must be gained in
the translation: Everybody sing, everybody dance/Lose yourself in wild
romance/Were going to party/Karamu, fiesta, forever/Come on and sing along! This, while in contrast, the big song blaring from U.S. fighter jets was reputed to be Drowning Pool’s metal hit Let the Bodies Hit the Floor."

Not sure why I find this so interesting, maybe because he's not the musician I would expect to save the world. But hey, good luck Lionel!

"We are beginning to get a picture of just how big this crisis of illegal immigration has become.

According to statistics that sound very conservative, roughly 10 percent of Mexico's population of just over 100 million is now living in the U.S., representing one of the largest population relocations in modern history. But it gets even worse. About 15 percent of Mexico's labor force is working in the U.S. And one in every seven Mexican workers migrates to the U.S. at some time....

....Listen to these shocking developments south of the border: According to a report in the San Francisco Chronicle, "entire rural communities are nearly bereft of working-age men." The town of Tendeparacua, for instance, had 6,000 residents in 1985. Today there are 600 left. In five Mexican states, the report says, the money migrants send home from the U.S. exceeds the locally generated income.

Wasn't NAFTA billed as the solution to this? Help Mexico to build agriculture and industry in Mexico, where Mexicans could build at least a stable economy? Instead, NAFTA has allowed industry to build tent cities around factories that don't have to abide by US environmental regulations. They're exploited so badly in Mexico, that US exploitation looks good in comparison....so good that thousands risk their lives to get here every day. NAFTA was too flawed....not enough protection for worker rights or the environment, it did nothing to stem the invasion tide of aliens immigrants, and that hurt us and Mexico in the long run. We're sucking away their best workers, pillaging their working class. We need a better NAFTA for the long term, but the first thing we need to do is secure the border. We don't need a wall, and it is possible to do it given enough technology and funding. We could have done it already for a tiny fraction of the cost of the Iraq War. Mexico has immense natural resources and a talented population, they should be a beacon to Latin America and South America... instead, populist Socialism is on the march down there, not surprising since they have been victims of a visceral mix of capitalism and corruption for decades. Isn't it in our best interest for Mexico to be successful? How can they improve economically when the best of their workers all come to the US?

"In the 27 years since the Iranian Revolution, the United States has launched air strikes on Libya, invaded Grenada, put Marines in Lebanon and run air strikes in the Bekaa Valley and Chouf Mountains in retaliation for the Beirut bombing.

We invaded Panama, launched Desert Storm to liberate Kuwait and put troops into Somalia. Under Clinton, we occupied Haiti, fired cruise missiles into Sudan, intervened in Bosnia, conducted bombing strikes on Iraq and launched a 78-day bombing campaign against Serbia, a nation that never attacked us. Then, we put troops into Kosovo.

After the Soviet Union stood down in Eastern Europe, we moved NATO into Poland and the Baltic states and established U.S. bases in former provinces of Russia's in Central Asia.

Under Bush II, we invaded Afghanistan and Iraq, though it appears Saddam
neither had weapons of mass destruction nor played a role in 9-11.

Yet, in this same quarter century when the U.S. military has been so busy it
is said to be overstretched and exhausted, Iran has invaded not one
neighbor and fought but one war: an 8-year war with Iraq where she was
the victim of aggression. And in that war of aggression against Iran,
we supported the aggressor.

I don't always agree with Pat Buchanan, but I do have a great respect for him and I think he would have been a much better president than Bush II... Buchanan could have carried Reagan's mantle. And don't think our borders would only be dealt with now, almost 5 years after 9/11. Kudos to Buchanan for seeing both sides of the Iran issue, something Bush II has been unable to do.

I will make that bold prediction with 100 percent certainty.

It's not necessarily because of anything he did or didn't do. Instead, it is
because of his Bush predecessors – especially his brother.

In fact, I will go further.

I will predict that no other member of the Bush family will be elected to
national office for the next 100 years. That is the legacy left in the
wake of Dubya's disastrous reign.

Descendants of Samuel Mudd, if there are any, would have a much better chance of
being elected to the White House in the future than members of the Bush clan."

And who is this Samuel Mudd, you ask? None other than the doctor who worked on John Wilkes Booth after he shot Lincoln. He's also famous for the origin of the phrase "...or my name is Mudd." Believe it or not, it's true, just ask my Dad.

Aoccdrnig to a rscheearch at Cmabrigde Uinervtisy, it
deosn't mttaer in waht oredr the ltteers in a wrod are,
the olny iprmoatnt tihng is taht the frist and lsat ltteer
be in the rghit pclae. The rset can be a taotl mses
and you can sitll raed it wouthit porbelm. Tihs is
bcuseae the huamn mnid deos not raed ervey lteter by
istlef, but the wrod as a wlohe.

Hit Reply, Not THE Button

The leader of Iran is asking for a reply, and we should give him one, and the terrorists, too:

"Even the Wall Street Journal editorial page isn't off the mark in likening the letter's philosophical depth to that of the Unabomber's soliloquies.

And yet President Bush should publicly respond to the letter—at length and in detail. Daffy as the letter is, it does contain one clue that Ahmadinejad might really be seeking a dialogue. More to the point, many people and governments in the world, especially (but by no means exclusively) in the Muslim world, are taking the letter seriously and believe that it deserves a reply.

In short, it provides a perfect opportunity for Bush to do what he should have been doing for
the last few years—to lay out what America stands for, what we have in common with Muslim nations, and how our differences can be tolerated or settled without conflict."

Opportunity, handed to us on a silver platter...why not answer? I can't think of a good reason. 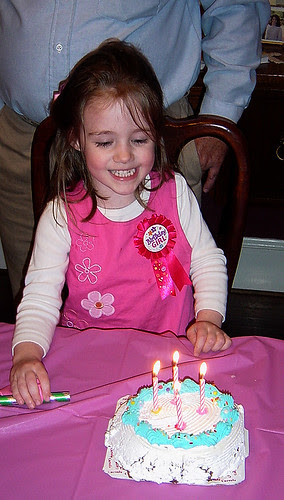 DSC00003b, originally uploaded by watts4u2.
Email ThisBlogThis!Share to TwitterShare to FacebookShare to Pinterest 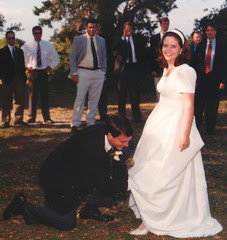 Happy 4th on the 8th 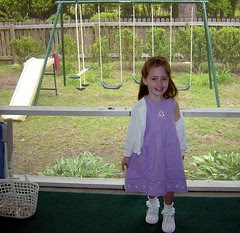 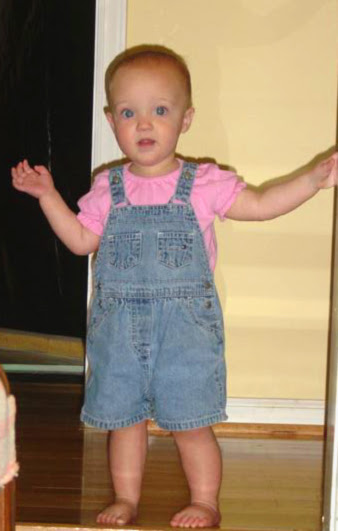 This might be a big help for blogging, we'll test it out and see

this is a quote

this one's in color

this one has a hyperlink

"Ordinarily, we shouldn't want the government to decide when profits become "excess." But the case of huge profits from the run-up in oil prices is different for two reasons. First, it is unusually clear that these profits have nothing to do with productivity. Diverting them to the U.S. Treasury would have no effect on the incentive to extract more oil from American ground. Second, some or all of these profits are directly related to a situation that is imposing huge sacrifices—financial and otherwise—from others; that is, the Iraq war.

The oil companies, like other big corporations, are mostly owned by ordinary citizens, either directly or through mutual and retirement funds. Presumably some of them support the war and others don't. Do any of these shareholders, pro-war or anti-war, want to pocket $45 billion (or whatever number you choose) from a war that is costing others so much?"

Is it right to make huge profits on the backs of our soldiers and tax dollars? I'm all for free markets, but oil is different, and this article points out a few reasons why oil is a commodity unlike any other.

Not in America. The e-mail that appears to have inspired the Bee County board claims that a widespread consumer boycott would push Exxon to lower its gas prices. This would in turn break the price-fixing monopoly and yield price decreases across the board. Economists point out that this isn't likely to happen for several reasons."

Click thru for the full read....I love "explainer" so much, thank you Slate!
Email ThisBlogThis!Share to TwitterShare to FacebookShare to Pinterest
Labels: explainer

TIME.com: Bono -- May. 08, 2006 -- Page 1: "After so many years in Washington, I had met enough people to quickly figure out who is genuine and who is there for show. I knew as soon as I met Bono that he was genuine. He had his facts in hand and didn't have any agenda other than doing all he could to help people in desperate need.

Along with Franklin Graham, Bono, 45, helped me understand the scope of the tragedy in Africa, especially the pain it is bringing to infants and children and their families. Once I understood, I made both men a promise that I would do all I could to help."

For more on this odd couple, see my webite about Bono and Jesse Helms

Also, if you can tolerate RealPlayer, here's a link to a great NPR story a few years back, where you can hear Helms talk in his admirable southern drawl.
Email ThisBlogThis!Share to TwitterShare to FacebookShare to Pinterest
Labels: Africa, Bono, Jesse Helms
Newer Posts Older Posts Home
Subscribe to: Posts (Atom)