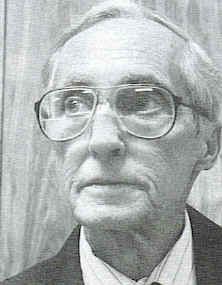 Henry Lamb has an interesting article about property rights and climate change up at WND:

"An official delegation from the U.S. government actually signed a U.N. document that says:

"Private land ownership is a principal instrument of accumulation and concentration of wealth and therefore contributes to social injustice. ... Public control of land use is therefore indispensable. ..."

The document was signed by then-Secretary of Housing and Urban Development Carla A. Hills, as head of the U.S. delegation, and William K. Reilly, who became administrator of the Environmental Protection Agency. This 1976 Report of Habitat I: United Nations Conference on Human Settlements (subscription), contains 65 pages of specific recommendations about how governments can put an effective end to private land ownership and gain absolute control of land use.

Since then, virtually every land use policy adopted by Congress or the agencies of government has been designed to erode private property rights and grant to government the power to control all land uses. The Endangered Species Act has been hijacked and is now simply an excuse to prevent land development on private property. The Clean Water Act has been hijacked and is now another excuse to prevent the use of private land anywhere near a mud puddle. "Comprehensive planning" is another recommendation from the 1976 document that has recently come into its own, empowering government to prevent private landowners from using their own land."

I'm not one to think that the government should have no say in how land is used....zoning laws and environmental laws can be effective means to help create an orderly, sustainable society.
But look out! These draconian laws may be a distraction, and our property rights might be in more danger than the darter snail or the woolly-headed woodpecker! Click through for an interesting, succinct read from the William Burroughs look-alike. Dang badgers!

From Wayne Friedman at TV Watch:

"From whom do you want to hear vulgarities?
From honored World War II veterans — or Bono, Cher, and Nicole Richie?"

Wait a minute Wayne! That should be: "From honored World War II veterans and Bono — or Cher and Nicole Richie?"

"...Even the FCC ruled that broadcasters shouldn’t be penalized for airing Steven Spielberg’s “Saving Private Ryan” movie about the invasion of Normandy during World War II, because of the repeated use of vulgarities.

The FCC said deleting the expletives “would have altered the nature of the artistic work and diminished the power, realism and immediacy of the film experience for viewers.”

But somehow when Bono at the Golden Globes feels honored, or maybe drips with sarcasm, that’s not art. Because, as we all know, the FCC knows art.

As he might say, this is really, really great — f@#king brilliant."

Bono crosses the line between respected humanitarian and potty mouth rock star... It was OK for Nixon on 60 Minutes, OK for some movies on TV, but not others....looks like a judgment call...I know, let's start a new bureaucracy to look into and regulate this so-called "speech"!

I think he's purposely poking fun at our fear of swear words.

I dig the term "fleeting expletives", that is just so funny.... Bono got away with it because they thought it was genuine, from the heart, part of his art? ....and live. I think he slipped it in there on purpose, he's done it before (1993 Grammys). He can get away with it because he says the "f" word in a "fleeting" manner. And he's Bono. Not Cher or Nicole Richie for crying out loud. Can't we just get back to thinking about poor Paris in that cold jail cell....
Email ThisBlogThis!Share to TwitterShare to FacebookShare to Pinterest
Labels: Bono, censorship, fcc, fleeting expletive

Angelina Jolie isn't much help for Bono in my opinion. She's not quite as smart and saavy with her desire to help poor folks in Africa, and some people like Ilana Mercer put her and other do-gooders in the same category as Bono:

"Beavering away to shape public opinion – and policy – about Africa are the likes of Angelina Jolie and Bono.
In their capacities as U.N. goodwill ambassadors, or Time magazine "Persons of the Year," in the free access they enjoy to popes and presidents, Brangelina (Jolie + the pug-faced Pitt) and Bono, and their enablers in the media (CNN's Anderson Vanderbilt Cooper), are dictating the cultural and political script vis-à-vis Africa. To use a Peggy Noonan refrain, "These people have read an article and now want to tell us the truth, if we can handle it.""

C'mon Ilana! Bono's done a lot more than read the article, he's practically written it. I'll agree that a lot of aid money sent to Africa has been wasted and many of their problems are their own doing....so? So we as Americans, as Christians, should simply refuse to help the poorest of the poor? I imagine Jesus would have a different opinion. I'm amazed when folks like Ilana tear down people who are trying to help the poorest people in the world. And she doesn't even offer any alternatives....if you're gonna tear down people who are trying their best to help Africa's poor, at least take the time to make some suggestions yourself. What should we do? Seems to me she thinks we should let them all starve and die, that the world would be a better place without them.

Ilana mentions Jesse Helms saying foreign aid is "money down a rathole". Well, Ilana, even Jesse Helms agrees with Bono now, so you'll have to find another arch-conservative to quote next time.