From WECT:
"Gov. Mike Easley has proposed a shift in lottery revenue he says will boost ticket sales and send more money to the state's public schools.
The plan: drop the percentage of proceeds that goes to schools and put more money into prizes.
He says the move will entice more people to play, and pay. The move comes as schools across the state are expected to receive $200 million less than what was promised in the first year.
Easley believes his new plan would generate $500 million more than was made in the lottery's first year."

Hey, there's a plan! Our schools are swindled by the failing lottery, and now Easley wants to lower the percentage of proceeds that go to schools, so schools will somehow make more money in the long run, you know, when "thinking people" see how much the lottery odds have improved, we'll easily have 3 times as much revenue. Lottery players are just that smart, and so is the Gov. I can't wait to see how this plays out, the anticipation rivals a scratch-off card from the Citgo.
Email ThisBlogThis!Share to TwitterShare to FacebookShare to Pinterest
Labels: Gov. Mike Easley, NC lottery

Been thinking about the '08 Presidential campaign and here's what I wrote to a friend who asked me about it recently:

"Yeah, I really like Obama, too. He's the kind of guy you can get excited about, and face it, the Hillary machine must be stopped. You know, if JFK Jr's plane had not gone down, he'd have Hillary's Senate seat, and he could be the one we were all excited about (like Obama) and have the political organization/money machine (like Hillary). It's a shame really, 'cause I always kinda thought he would make a great president someday, and we desperately need a great one. 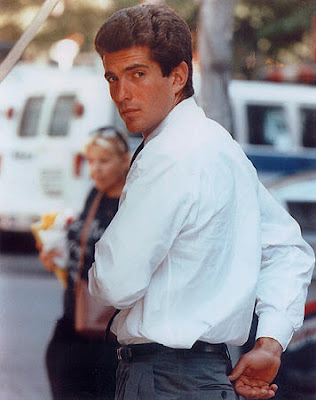 Could Obama be great? Yeah, he could, but we could have had JFK, Jr. Kind of a random thought, but there you go.

Can we get excited about Edwards? I dunno anymore. He's like McCain....both are trying to make their party bases happy by somewhat selling themselves out. Not that there's anything unusual about that, just ask Romney. Edwards also has a hint of used goods from the Kerry debacle... Edwards is not such a fresh face anymore, and he doesn't have much more experience now than when he ran last time. Obama is fresher and his chalkboard empty....people are throwing in with him without knowing where he stands on many things, and that's a great benefit to him. Speaking ability goes a long way, just ask Reagan, and Obama is amazing....Edwards may be a bit too much (gulp)... Jimmy Carter. I'm not really thinking about it much though! ;-P Still got an Edwards tag on my blog...for now..."

Not sure if this has been discussed, but check out what happens to "Obama" on my spell checker in Outlook Express: 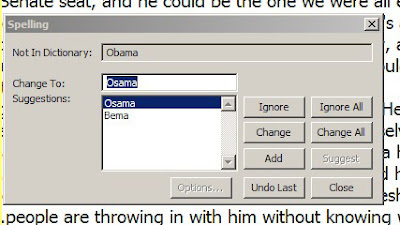 It's a vast right wing conspiracy, I say. Or is it left wing? Rush Limbaugh probably has something to do with this!

"Sting may have given the Police lyrics and melodies; but just as critically, (Stuart) Copeland, who founded the band and whose intricately manic polyrhythms define its sound, prevented Sting from impressing too much of his character on its music. Unyoked from Copeland, Sting was free to become what he is today: one-third spirit in the material world, two-thirds scented candle."

Ouch! And I thought I was tough on Sting. Since I last blogged about his-lutness, he's re-banded with the ol' boys for a swing and a dance at the Grammy's, doing a watered-down version of the overplayed yet brilliant "Roxanne". Bo-ring!

Here's what I wrote back in October '06: Well, maybe if some of the big rock stars out there sang rock music, it wouldn't be so stagnant, Mr. Sting. But no, some egotistical rock stars quit their good band, go on to release whiny white boy reggae/jazz fluff, do commercials for upscale car companies, and brag of sexual prowess, before giving it all up and doing albums of "Dowland lute music". Sting is through with rock and he admits it....finally, 20 years after the fact. 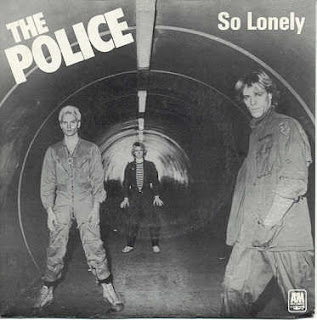 Now, it seems that Sting has changed his mind again and is willing to sing old hits for big dough after all. Maybe he reads my blog? If so, may I suggest starting your next set with "Next to You" or "Can't Stand Losing You" or "So Lonely". I love that album. I wish he'd sing like that again....I mean, if he's doing it for the money, he might as well do the best possible impression of the old Sting (the pre-scented candle Sting).
Email ThisBlogThis!Share to TwitterShare to FacebookShare to Pinterest
Labels: Sting 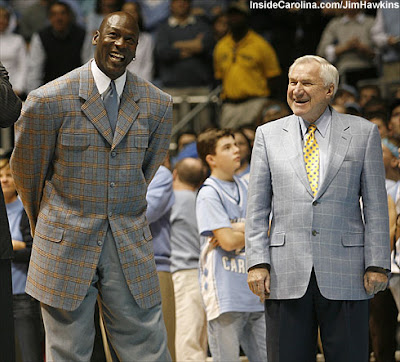 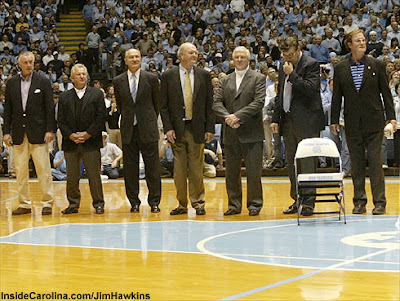 Adam Lucas does the Heels proud once again, with this great piece about the recent celebrations in Chapel Hill.
Email ThisBlogThis!Share to TwitterShare to FacebookShare to Pinterest 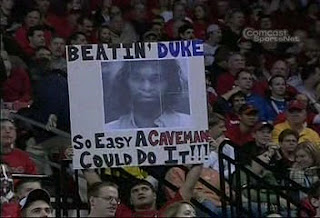 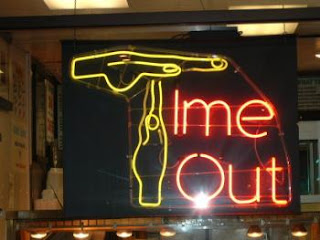 From the Chapel Hill News:
By Patrick Winn, Staff Writer

CHAPEL HILL -- Billy Ray Penny talked greasy as a chicken-and-cheese biscuit.
He was the third-shift king of Time Out Restaurant, a Franklin Street institution synonymous with long lines, late nights and drunken appetites.
For more than 10 years starting in the mid-1980s, Penny held down Time Out with an attitude. Customers not only expected Penny's custom insults. They loved them.
For a certain generation, buying biscuits from Billy was like watching a live UNC-Duke match-up or drinking from the Old Well. It was a rite of passage.
Penny, raised in Pittsboro, died Jan. 20 after a brief illness involving his heart. He was 49.
This is how his former boss, his sister and a few of his customers remember him:
"He was like the Don Rickles of Chapel Hill. He abused people in a loving way. These kids would come in all hours and he'd say, 'Your daddy's wasting his money on you.' They thought it was hysterical."He loved getting a rise out of people. The night we won the championship in '93, Billy put on a Duke shirt and wore it all night long.

I feel honored to have been put down by Billy several times.

Eric Margolis has an interesting article in the Toronto Sun about the Congress and the powers they are a supposedly endowed with. Needless to say, Cheney and Bush don't see it this way.

"White House defenders claim Congress had no constitutional right to interfere in the detailed conduct of war. Not so. The essence of America's political system that has been a beacon to the world for two centuries is the remarkable system of checks and balances conceived by its founding fathers to prevent the emergence of an autocrat, despot, or monarch. It is precisely Congress's duty to stop a president and vice-president who have lost touch with reality, violated the constitution, and are taking America over a cliff. Congress must cease its timidity and stop entreating the president as if he were king. He is only chief executive of the republic, one man among many. Congress is the board of directors. The president, in spite of his supporter's efforts, is not the sacrosanct embodiment of America; that role belongs to Congress.

At a time when America is reeling in defeat, and plunged in deepening confusion, Congress must roar, not whimper."