The US gov't subsidizes oil exploration out the ying yang, but now, when Bush says we want to cut dependence on oil (for national security reasons), we pull the short rug from under these somewhat proven technologies?
Email ThisBlogThis!Share to TwitterShare to FacebookShare to Pinterest
Labels: energy

Rory O'Connor at AlterNet has some good thoughts:

"Call me a stickler for details but … doesn't our Constitution vest in the Congress the exclusive power to declare war? .... Beginning with Korea, our presidents have avoided seeking formal congressional declarations of war, instead maintaining that they have the constitutional authority, as commander in chief to use the military for "police actions."....
We've now been at (undeclared) war longer than the entirety of World War II. The war against Al Qaeda has progressively morphed into the War against Iraq, to the Global War on Terror, all the way to the "early stages" of the Clash of Civilizations. Yet it appears that the entire enterprise is not only illegal but also unconstitutional at its core.
I therefore have a modest proposal aimed at rectifying this situation: Let's declare war!"

The founders gave the power to declare war to the Congress for a reason....and I think we can all see why now. One commenter says:

"It should be known that every Congressperson who voted for giving the president the right to wage war without a formal declaration of war is guilty of violating his oath to defend and protect the Constitution of the United States. It would be well for the American people to recognize the full complicity of every section of our government in this deliberate violation of the Constitution. They should recognize that this violation of their rights is not only killing Iraqis but killing Americans and looting our treasury."

We should have done this "war" by the book...that is, you know, the Constitution.
Email ThisBlogThis!Share to TwitterShare to FacebookShare to Pinterest
Labels: constitution, declare war "James Fallows begins in the cover story of this month's Atlantic Monthly, with what I think is the single most important article written since Sept. 11. Fallows spoke with 60 experts in foreign policy, security, national defense, and terrorism, from all political ideologies.

We should take heart in what he found: Al Qaeda is a shadow of what it once was. The group's central organization has been dismantled. Its main sources of funding have been castrated. Its leaders are on the run, and their ability to organize and communicate severely disrupted. Yes, the loose-knit groups of cells that remain can still pull off attacks, and can still kill significant numbers of people. But so can just about any nut in America with a cause and some determination.

The only real threat Al Qaeda still poses, Fallows concludes, is how it can provoke us. "[Al Qaeda's] hopes for fundamentally harming the United States now rest less on what it can do itself than on what it can trick, tempt, or goad us into doing," Fallows writes. "Its destiny is no longer in its own hands."

This is the one thing — the most important thing — our elected leaders and public officials need to learn. Because it's the only cache the terrorists still have. Americans need to realize that we, Americans, determine the success of failure of future terrorists attacks and attempted attacks. If the goal of terrorists, by definition, is to induce panic, fear, and to disrupt our way of life, the best way to defuse them is to refuse to panic, to resist irrational fears, and to retain the open society and civil liberties that make us who we are."

We are our own worst enemy at this point, but we can make it right. We're not where I wanted us to be 5 years down the line, not by a long shot, but we have made real progress against Al Qaeda. If we can stop terrorizing ourselves, we can lay claim to victory. 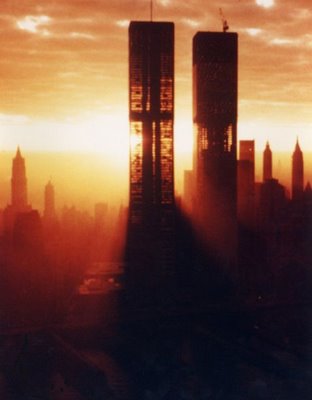